I’ve found that part of the fun and enjoyment of the craft beer experience is learning.  Learning takes various styles and forms – tasting and sampling different Stouts is one of them! – but another is reading about the world of craft beer and keeping up with new releases, industry trends, regulatory news, and other beer related news.  That puts me in front of my computer screen reading the numerous beer blogs that my peers write on a regular basis.  There are many quality blogs out there focused on the craft beer scene.  One of them, Brew Studs, is a great compendium of news, information, feature stories, reviews and opinion about the craft beer industry.  The neat part about Brew Studs is that it is a very collaborative blog.  Jeremy Fultz, the editor/publisher, encourages and welcomes contributions from the community of readers and craft beer aficionados.   My good fortune has given me the opportunity to write two blogposts for Brew Studs- one about aging and cellaring beer which I wrote in April 2016 and the one that just got posted yesterday about local sourcing and collaboration between Ohio-based Breweries and Coffee Roasters – the “Bean to Brew” trend!

It was a great article to write, as I learned much about the Ohio beer and coffee scene.  I spoke with John Haggerty, Brewmaster of Warped Wing, who gave me some amazing insights 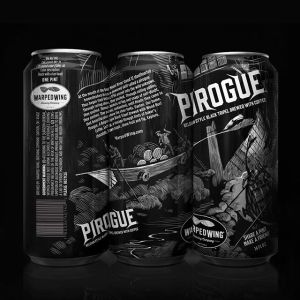 into the world of brewing, the partnership with Press Coffee Bar and their upcoming release of Pirogue, a Belgian Black Tripel which uses Press’s WoodBurl coffee.  John also shared some of the future plans he has up his sleeve (I promised not to tell, but the craft beer fans in Dayton will be pleased!).  I also gained some good perspective from the other side of the Ohio River in Kentucky from Braxton Brewing and their custom Starter coffee collaboration with Carabello Coffee.  I also exchanged emails with other Ohio breweries and coffee roasters, such as Six Shooter Coffee and Twisted River Coffee Roaster, who shared with me their ideas and opinions about collaborating with local brewers and others in their local communities.  It really is a vibrant scene in Ohio, which surely is replicated all over the country in small towns and big cities.  I also 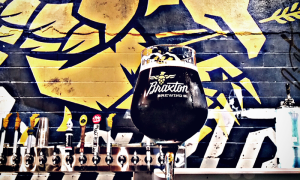 wrote about Epic Brewing and their local/national release of Son of a Baptist, a coffee stout made in partnership with 12 local/regional coffee roasters.  They took a local idea and are applying it at a national level.  The version that just hit the North Carolina market uses coffee from Dynamite Roasting Co.in Black Mountain, NC.   These wonderful examples of craft beer breweries and coffee 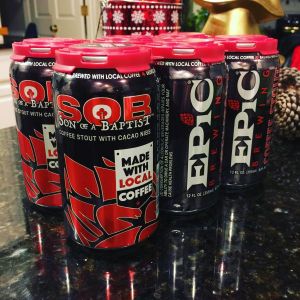 roaster collaborations made me realize and appreciate the hard work, passion, and commitment these artisans have for their work….and that we need to patronize these local establishments whenever we can. They put in long hours at odd times to bring us the highest quality brews possible- coffee or beer – and we should show our support by the cup or glass!

I urge you to head over to Brew Studs, peruse the website, give the Bean to Brew article a read and learn more about local sourcing and collaboration in practice through the eyes of those Ohio brewers and coffee roasters!

After you are done, come on back and share your local craft beer/coffee collaborations that you think are worthy of recognition!!